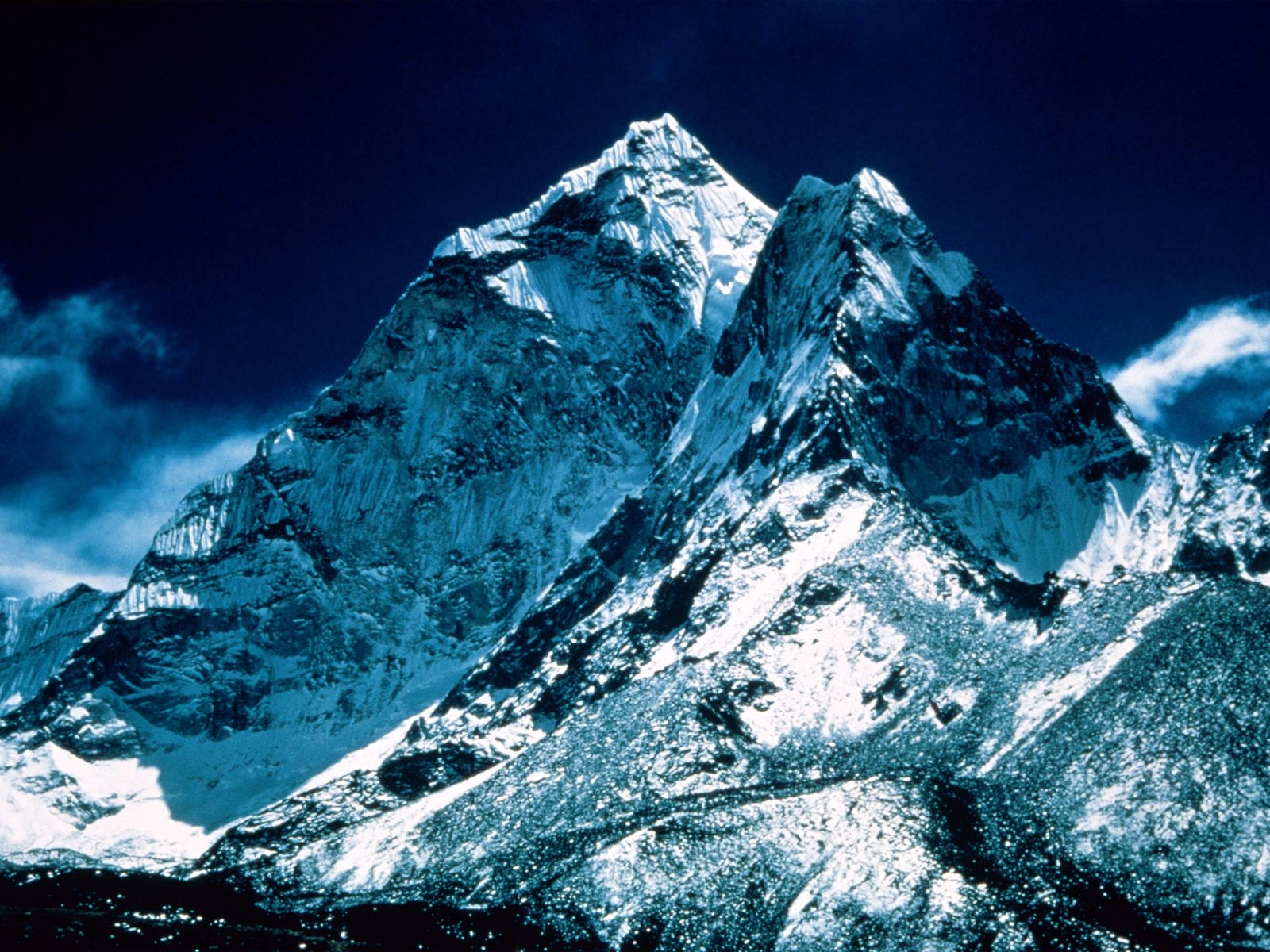 Mount Everest is the Earth's highest and largest mountain. It is also known as Sagarmatha in Nepal and as Chomolungma in Tibet.  It is located in the Mahalangur mountain range in Nepal and Tibet.

Mount Everest is situated in the Himalayas.

Mount Everest peak is  about 8848 metres (29,029 ft) high above sea level. Its peak is exactly on the border of Nepal and China.

Mount Everest attracts many experienced mountaineers and also capable climbers who hires professional guides.The two main climbing routes are standard route - approaching the summit from the southeast in Nepal and the other route from the north in Tibet. Mount Everest has certain dangers such as altitude sickness, bad weather, strong wind as well as significant objective hazards from avalanches and by the Khumbu Icefall.

The first record to reach Everest's summit were made by the British mountaineers. At that time Nepal didn't allow foreigners into their country, so the British mountaineers made several attempts on the north ridge route from the Tibetan side. After the first  investigation journey by the British in 1921, they reached 7,000 m (22,970 ft) on the North Col and the 1922 journey pushed the North ridge route up to 8,320 m (27,300 ft) which was marked for the first time a human climbed above 8,000 m (26,247 ft).

The 1924 expedition is the greatest mystery on Everest when George Mallory and Andrew Irvine made a final summit attempt on June 8 but they never returned back. There was a great discussion about this issue whether they were the first to reach the top. They were spotted high on the mountain but suddenly disappeared in the clouds and was never seen again. Later in 1999 Mallory's body was found at 8,155 m (26,755 ft) on the North face.

In 1953, Tenzing Norgay and Edmund Hillary made the first official climbing of Everest using the southeast ridge route. Tenzing reached 8,595 m (28,199 ft) in the previous year as a member of the 1952 Swiss expedition. In 1960, the Chinese mountaineering team of Wang Fuzhou,Qu Yinhua and  Gonpo made the first record ascent of the peak from the North Ridge.